In this article, the Hamilton Beach 63325 6 speed stand mixer is in the spotlight. We have previously reviewed other mixers from different mixer brands. One of those other brands is KitchenAid, which you can read an article about here. We will take a close look at what the Hamiltion Beach mixer can do. In addition, we will also take a brief look at alternative stand mixers.

Why would you want to buy a stand mixer in the first place?

The mixer is perhaps the most useful piece of culinary equipment you can own. There are so many different kinds of food recipes you could try out and make with your mixer. In addition using a stand mixer prevents you from doing boring and repetitive tasks over and over again. Let the stand mixer do all the work!

If you are new to stand mixers and do not know any recipes then you might want to try out this cookbook. It features over 300 recipes and the recipes are easily recreated thanks to the 175 step by step photos, which will guide you through the process. The Hamilton Beach speed stand mixer was made to save you time and energy. It can handle tough mixing and you do not have to do anything with this hands-free mixing machine.

The Hamilton Beach 6 speed stand mixer uses a 3.5 quart bowl size. The bowl itself is made from stainless steel and is dishwasher save, therefore it is easy to clean. The 3.5 quart bowl is big enough to make average sized batches for any meal.

The stand mixer uses a powerful 300 watt motor that does the everyday mixing for you. There also is a planetary mixing action feature. This feature gives the mixing spinning head complete bowl coverage as it continuously rotates inside the bowl. Therefore, it will scrape every ingredient from the side of the bowl and uses all of the batch to make whatever it is that you are making.

The hands-free mixer has 6 different speed option to ensure the batch is made exactly as you like it. The Hamilton Beach 6 speed stand mixers is a bit different than the Hamiltion Beach 6-speed classic stand mixer as that one uses a 4 quart bowl size and has a 290 watts motor. In addition it has different Hamilton Beach stand mixer attachments than the one we are reviewing now. There are a total of 3 attachments that are included in the price. These 3 attachments offer mixing versatility to blend, beat, whip, mix and cream the prefect batch. The free attachments are: flat beater, whisk and dough hook.

The whisk is used to whip liquids such as egg whites or cream. There are another 3 must know features. The first feature is the special fold setting. The fold setting is great for more added control. With the fold setting, you can slowly add ingredients to the bowl, by controlling the fold on and off button.

The third feature is the anti-sleep feet. The nonslip feet keep the mixer in one place while it is being used. Therefore, it will not move from its place when you are mixing a new batch.

Every product has its advantages and disadvantages compared to other products. In this section, the pros and cons of the HB stand mixer will be discussed. If you are in need of a stand mixer that has a better motor and bigger quart bowl then this KitchenAid mixer is a great option. It uses a lift design, has a 6 quart bowl and has many different attachments available. However, the price of the lift stand mixer is a lot higher than the HB stand mixer. 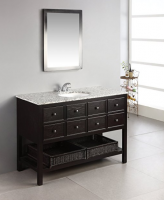